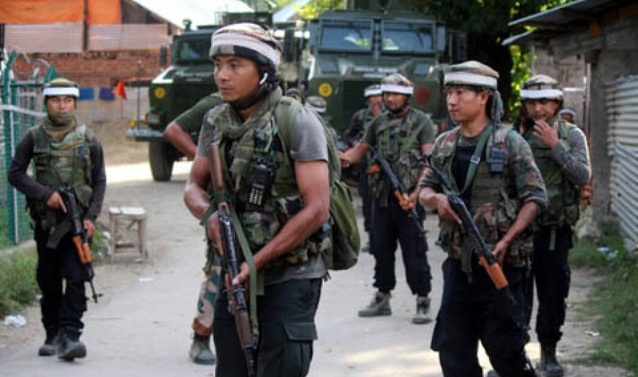 SRINAGAR: A police spokesman said Deputy Superintendent of Police Aman Kumar Thakur was killed after being shot in the head in Turigam village.

A senior police officer, an Army soldier and three militants were killed on Sunday in a gunfight between the government forces and the militants in south Kashmir’s Kulgam district.

State’s Governor Satya Pal Malik has expressed grief over the death of senior police officer in this gunfight.

Police sources said Deputy Superintendent of Police Aman Thakur was killed after being shot in the head in Turigam village.

“The officer sustained a bullet injury in his head during the encounter. He was shifted to a local hospital were doctors declared him dead,” a police officer said.

“Three militants hiding in the village have been killed and searches are now on at the site. Firing exchanges have stopped,” he added.

Three soldiers, including two Majors, were injured and have been shifted to a hospital.

Civilians, who poured out of their homes in a bid to disrupt the anti-militancy operations, clashed with the forces near the gunfight site.

The forces used tear smoke to disperse the protesters. Some civilians sustained injuries in the clashes.

The Army’s Rashtriya Rifles, Central Reserve Police Force (CRPF) and the Special Operations Group (SOG) of the state police started a cordon and search operation in Turigam after being tipped off about the presence of militants there.

“As the security forces tightened the cordon, militants fired at them, triggering an encounter which has now ended,” an officer said.__GK News