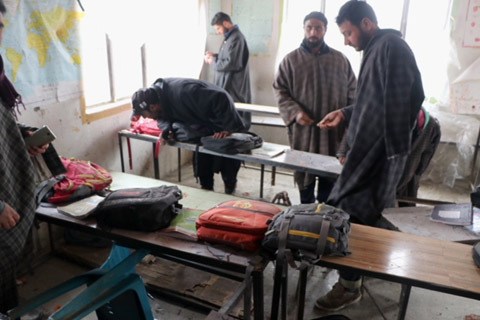 PULWAMA: Twelve students were injured in a blast at a tuition centre in Jammu and Kashmir’s Pulwama today. The injured students were taken to a hospital, and all of them are said to be out of danger.
The police said they were trying to find out the nature of the explosion.
An ex-gratia of Rs. 50,000 has been announced by Jammu and Kashmir Governor Satya Pal Malik.
National Conference leader Omar Abdullah in a tweet called for a probe into the incident.
“Education must be made conflict neutral. It is unacceptable & inhuman to have explosives going off inside class rooms. I condemn this act unequivocally & hope that it is properly investigated. The truth must be known & the guilty must be severely punished,” Mr Abdullah tweeted.