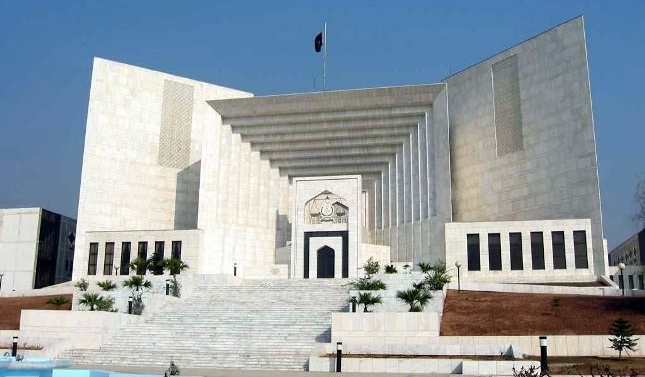 ISLAMABAD: The government of Gilgit-Baltistan (G-B) has rejected the Supreme Court verdict on the constitutional status of the area and grant of fundamental rights to its citizens saying that it would file a review petition against the decision.

Addressing a news conference on Tuesday, the G-B Chief Minister Hafiz Hafeezur Rehman said that the apex court verdict deprived the people of their fundamental rights that were granted to them by the previous government.

The chief minister remarked that the provincial government would no longer remain mute on the matter and fight a legal battle as per the wishes of its people. He said that law and order situation in the area had been compromised after the verdict.

Rehman said that former chief justice Saqib Nisar devastated the country and deprived people of G-B of their rights in his last days as top judge.

The chief minister said that the provincial government would expedite political struggle at every level and approach the apex court against the verdict and the non-serious attitude of the federal government.

“We will file a review petition at the top court,” he announced, adding that “the federal government should act prudently and include G-B [government’s] recommendations before submitting the draft order of the court for president’s approval.”

The chief minister maintained that the federal government, earlier, held several talks with his government, while, the federal law minister had assured to call a joint session of G-B assembly and council for transforming the order into an act.

Rehman observed that in the last meeting, the G-B government was promised that the draft order would be submitted at the court after taking it onboard. He said that the provincial law minister of his government had presented his recommendations but were ignored.

Speaking at the press conference, Provincial Minister for Law Aurangzeb Advocate said that the former government through its G-B Order 2018 had set the upper age limit for judges at 65 but after the court verdict and new order, the age had been relaxed till 70.

The provincial minister said that the 2018 order explicitly declared the people of G-B as citizens of Pakistan but the decision had been reversed.

Likewise, the representation of G-B in civil servant services was increased in 2018 but now it has been reduced.

The proposed reforms draft states that the federal government intends to grant GB the status of a provisional province, “subject to the decision of the plebiscite to be conducted under the UN resolutions”, with all privileges provided by the Constitution.

The move, however, would require an amendment in the Constitution, which needs a two-thirds majority in the parliament and “would take time”. Therefore, as an interim measure, the government plans to give such fundamental rights to GB residents as enjoyed by the people of any other province.__Tribune.com