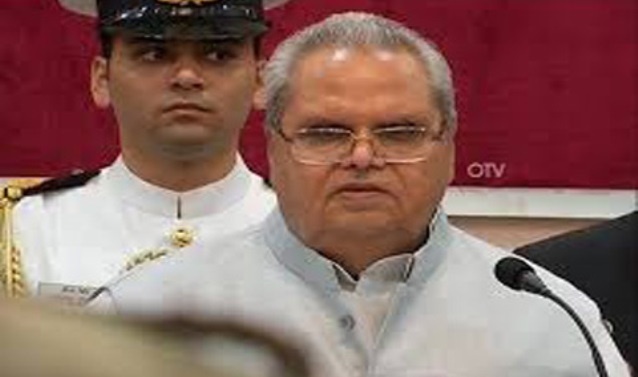 JAMMU: “It has been widely reported in media that three close relatives of a militant were allegedly arrested and harassed by the J&K Police. It has also been alleged that the clothes of lady, who was one of the persons arrested, were also torn,” Malik said, in a statement.

Jammu and Kashmir governor Satya Pal Malik on Monday warned of action if the woman relative of a militant was harassed by the police, as alleged, in Jammu yesterday, even as he claimed that the family was questioned following “specific intelligence inputs”.

“It has been widely reported in media that three close relatives of a militant were allegedly arrested and harassed by the J&K Police. It has also been alleged that the clothes of lady, who was one of the persons arrested, were also torn,” Malik said, in a statement.

He said that there are standing general and specific instructions that have been issued to all police officers and staff on not harassing families of militants. “This is being followed meticulously in most circumstances. However, there could be a situation where a few relatives of a militant are questioned by police under due process of law so as to obtain details of a militant’s whereabouts. This is done very rarely and only on the basis of specific information,” said Malik.

Malik said that he was informed that there has been no tearing up of a lady’s clothes or her being harassed by the police. “I once again reiterate that all police officers and staff will be directed not to harass ladies who happen to be relatives of militants or treat them in any unbecoming manner. Any questioning should be done as per normal practice only in the presence of a lady constable,” he said.

He requested all political parties to understand the fragile security situation in parts of Jammu and Kashmir and not to upset this through motivated statements and false allegations.

“This will only demoralize a hard-working police force,” he said, adding: “I will also direct IG Police, Kashmir to look into this incident to see whether the lady has been harassed or her clothes have been torn as is being alleged. If necessary, action will be taken against any police staff found acting wrongly.”

Former chief minister and PDP president Mehbooba Mufti had on Sunday warned the Governor and the state police against the alleged harassment of the Pulwama woman (whose brother happens to be a militant), her husband and brother in police custody at a Jammu police station.__GK News