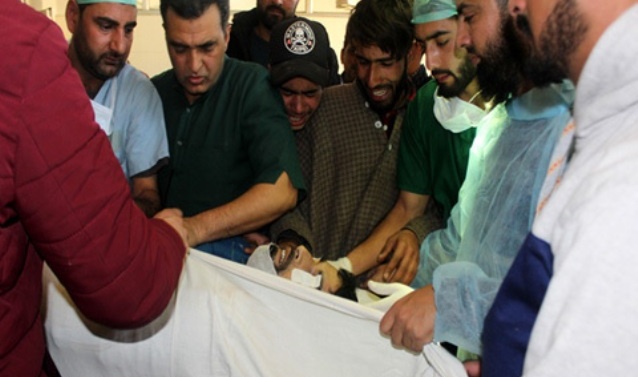 SRINAGAR: Three militants and a soldier were killed on Saturday in a gunfight in south Kashmir’s Pulwama district, while seven civilians died after forces opened fire on protesters in subsequent clashes in the area.

The gunfight broke out in Kharpora Sirnoo village after the government forces launched a cordon-and-search-operation following a tip-off about the presence of militants.

An army spokesman in Srinagar said that three militants and a soldier were killed in the gunfight.

The identities of the slain militants were being ascertained, said a police officer.

Sources said that six civilians were killed after forces opened fire on protesters near the site of the gunfight.

News agency GNS reported that a civiian, identified as Touseef Ahmad Mir, who was critically injured in the forces’ action succumbed at SMHS hospital.

Mir, it said, was injured in forces’ action in Sirnoo and was taken to district hospital Pulwama where from he was referred to SMHS Srinagar. However, he succumbed due to grave injuries.__GK News