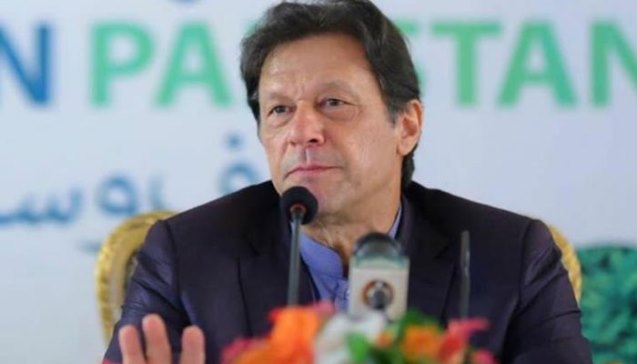 ISLAMABAD: Describing “rule of law” as the foundation of a civilized society to move forward and achieve development, Prime Minister Imran Khan Wednesday said democracy and rule of law move in tandem.

Speaking at a national symposium titled “Alarming growth in population” in Pakistan, Pm Imran hailed the Supreme Court decision in Panama Papers case as “a landmark judgment” which he said laid the foundation of Naya Pakistan.

He mentioned democratic history of the world from the Greeks to Roman Empire and referred to the Riasat-e-Madina, which his government was trying to establish, showed rule of law as the foundation, adding, two of the caliphs had appeared in Qazi’s court.

The prime minister regretted that rule of law in Pakistan could not be ensured in the past as dictators had been trying to become democrats while democratic leaders became dictators.

He said the current period was the start of a best era in which the judiciary was taking up the matters of water scarcity, population control and others which the democratic government should had done.

Khan said it was unfortunate that the democratic governments with their short-term thinking only thought about five years so that they could win the election after their tenures.

The establishment of furnace-oil based power generation plants in the country was an example of such short-term thinking, he added.

The prime minister recalled that the construction of Mangla and Tarbela dams during the government of Ayub Khan were good examples of long-term planning, adding with good education system, effective bureaucracy, the country was moving ahead in the 60s decade.

He recalled that “Kam Bachay Khushhal Ghanara” was a good campaign on population control.__The News