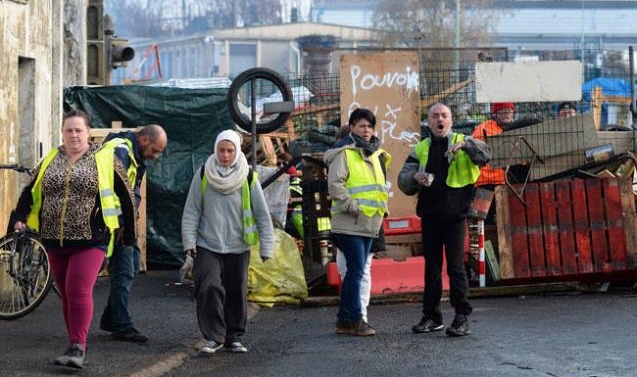 PARIS: The French government will consider bringing back a tax on high earners which President Emmanuel Macron abolished early in his presidency, a key demand of “yellow vest” protesters who have been blocking roads and fuel depots for weeks, government spokesman Benjamin Griveaux said on Dec. 5.

“If something isn’t working, we’re not dumb, we’ll change it,” Griveaux said on RTL radio, though “the issue is not on the table for now.”

Ending the ISF “wealth tax” on high earners was a key part of Macron’s pro-business presidential campaign, seen as a way of encouraging people to invest and hire in France.

But critics accused him of favoring the rich while his government raised taxes on pensioners and others.

The “yellow vest” movement, which originally erupted over anger at fuel tax increases, has ballooned into a wider protest over rising costs of living and a perceived disregard by Macron for the problems facing rural and small-town France.

Restoring the wealth tax became one of the protesters’ key demands, along with the end of fuel tax increases and a higher minimum wage.

Griveaux asked for “18 to 24 months to let the measure take its full effects,” saying parliament would review the results in late 2019.

He added that the government would also permanently end the fuel tax hikes planned for January, which were suspended this week as the government called for talks with protesters, if no agreement were reached.

“We’re going to look for solutions together. If at the end of these discussions no good solutions have been found, we will accept the consequences” Griveaux said.

“We’re not in politics to be right. We’re in politics so that things work out,” he said.__Hurriyet