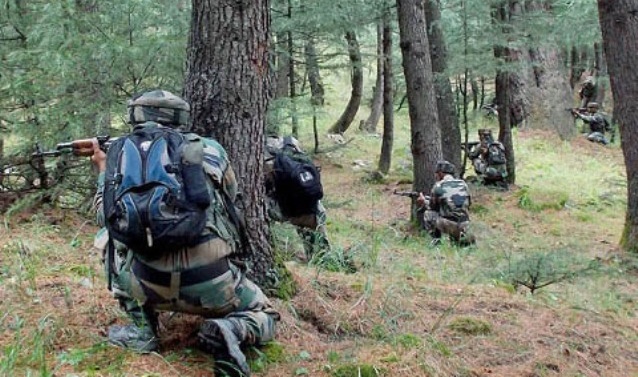 SRINAGAR: Six militants and a soldier were killed in a gunfight in a village in south Kashmir’s Shopian district leading to clashes with protesters that left one civilian dead.

While one soldier of the territorial army was killed, another sustained injuries during a joint operation by the Rashtriya Rifles, troops of special operations group (SOG) of the police and the Central Reserve Police Force, Army spokesman from Udhampur headquartered Northern Command said.

“From the material evidence collected, one militant is learnt to be a foreigner from Pakistan,” said a spokesman.

The operation began late on Saturday following a tip off received by the security forces. As the cordon was tightened around the trapped militants, they started firing, triggering the gun battle that went on for hours.

At day break as news of the encounter spread, villagers put up an intense protest, in which nearly two dozen civilians suffered injuries, leading to the death of at least one.

Noman Ashraf Bhat died, a police officer said, while Faizan Ahmad, whom a bullet grazed past, is in hospital.

Fifteen injured were received at district hospital Kulgam, said a doctor, adding that six of them were referred to Srinagar for specialised treatment.__GK News