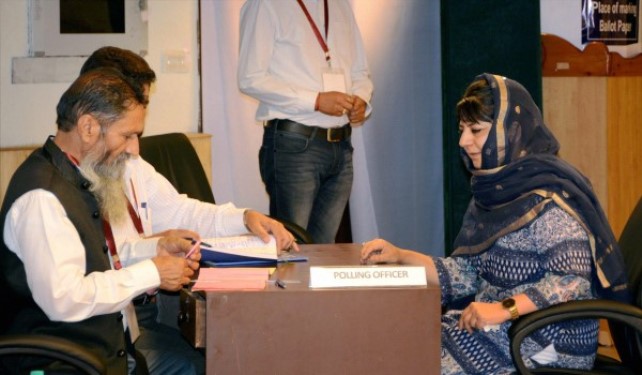 NEW DELHI: India’s government dissolved the legislative assembly in the northern state of Jammu and Kashmir on Wednesday, a move likely to lead to a fresh round of elections in the troubled state that has seen violence escalate over the last few months.

Prime Minister Narendra Modi’s Hindu nationalist Bharatiya Janata Party (BJP) had pulled out of a coalition government in the state in June, citing a deterioration in security, leading to direct control by the federal government.

Political parties opposed to the BJP said the decision to dissolve the assembly was aimed at preventing them from joining hands to stake a claim to power in the state.

Indian Kashmir, its only Muslim-majority state, has been beset by a 29-year-old insurgency.