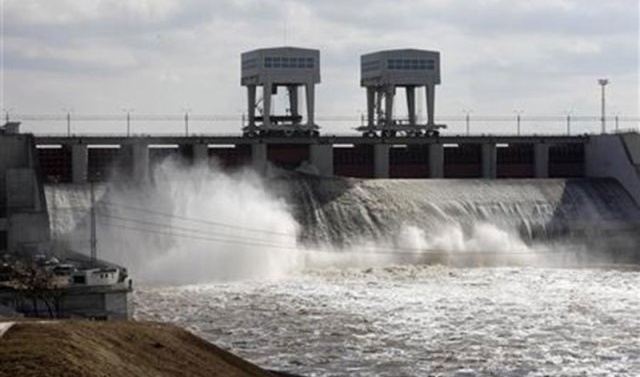 ISLAMABAD: The Supreme Court (SC) on Monday mulled how to determine the boundaries of the Diamer-Bhasha dam in Khyber Pakhtunkhwa (KP) and Gilgit-Baltistan (GB) as the latter — while being a vital part of the project — does not legally constitute a part of Pakistan.

The chief justice of Pakistan (CJP) issued notices to all parties of the case, including the governments of GB, KP and the Centre, ordering them to submit a response on the matter within 15 days.

The location is 40 km downstream of Chilas, the district headquarters of Diamer in Gilgit Baltistan. It will displace 30,350 people living in 4,266 households of 32 villages, situated above the dam site on both left and right banks of river Indus.

During today’s hearing, Justice Nisar asked the deputy attorney general (DAG) of GB, who appeared before the court, why the matter was not being resolved through talks. The AG responded that Article 1 of the Constitution [The Republic and its territories] did not determine the boundaries of GB and the region did not fall under the boundaries of Pakistan.

The DAG clarified that the GB government had no objections to the construction of the dam; however, due to the constitutional limitation, the issue of royalties had also risen. He also claimed that the SC’s jurisdiction did not extend to GB.

CJP Mian Saqib Nisar, however, dismissed the last point, saying that GB had “complete right over Pakistan” and added: “Who will listen to this case if not [the SC]? Will an international forum decide this matter?”

Justice Ejazul Ahsan, who is a member of the bench, said that the main issue at the moment was that of royalties. He said that one of the turbines of the dam would be installed in GB and another in KP. Justice Nisar said that GB could challenge the matter of royalties in SC.__Dawn.com