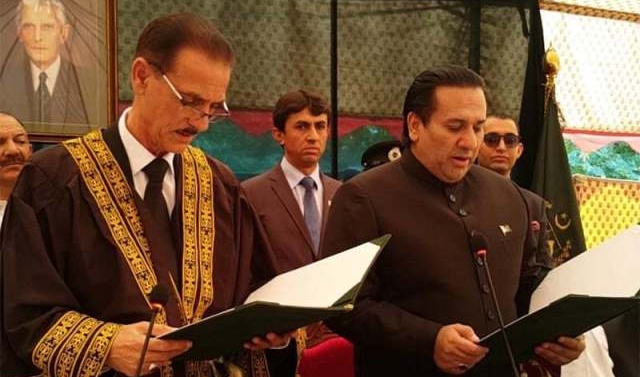 Justice Javed Iqbal, acting chief of the Supreme Appellate Court, administered the oath. Maqpoon, who has now become the 6th governor of the region, is the provincial president of the Pakistan Tehreek-i-Insaf (PTI).

On Friday, Mir Ghazanfar Ali Khan had resigned from the governorship of Gilgit-Baltistan. Khan, who belongs to the Pakistan Muslim League-Nawaz (PML-N), tendered his resignation to President Arif Alvi.

At present, the region is ruled by the PML-N government and the GB assembly’s term will end in 2020.

According to the GB Order 2018, a person selected for the post of GB governor should be a local resident.

Maqpoon was defeated by PML-N candidate Akbar Khan Taban in the GB Assembly election from the Skardu constituency in 2015 by one vote.

Earlier while talking to Dawn, Maqpoon had said that in a meeting held in Islamabad last week he was asked to assume the GB governor’s office. However, he added, he had suggested that another person from the party should be considered for the post.

According to him, PTI senior leader Jahangir Khan Tareen wanted him to be the GB governor.__Dawn.com