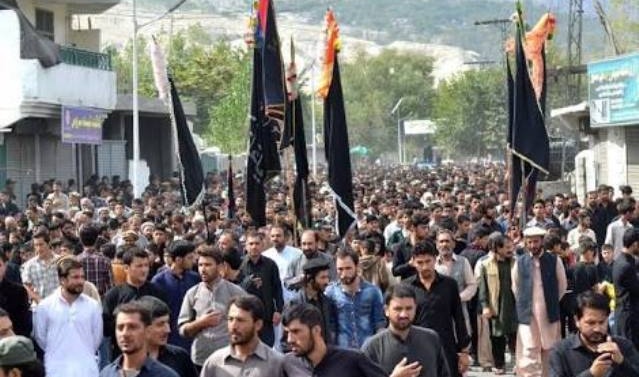 GILGIT: Ashura, the 10th day of Islamic Month Muharram, will see millions of Muslims remember the time when a tyrant martyred Imam Hussain (AS) along with most of his family members.

Comprehensive security arrangements have been put in place across GIlgit Baltistan to safeguard the million of mourners who are likely to take part in the processions.

All segments of the society have called for peace and harmony during the Ashura processions and the month of Muharram.

Ismaili Regional Council for Gilgit organizes seminar to promote religious harmony in the region ahead of the month of Muharram.

The members of Ismaili council and Sunni Muslims are aslo participating in processions.

The Gilgit Baltistan government utilizing all its resources and mobilizing the provincial government’s machinery for the protection of masses at majalis and processions. Closed circuit television (CCTV) cameras, scanners and walk-through gate have been installed at various routes of processions, with snap checking and air surveillance.Police personnel would be deployed on 9th and 10th Muharram, assisted by Gilgit Baltistan scouts, Rangers and Pak Army ,volunteers are also assisting security forces.