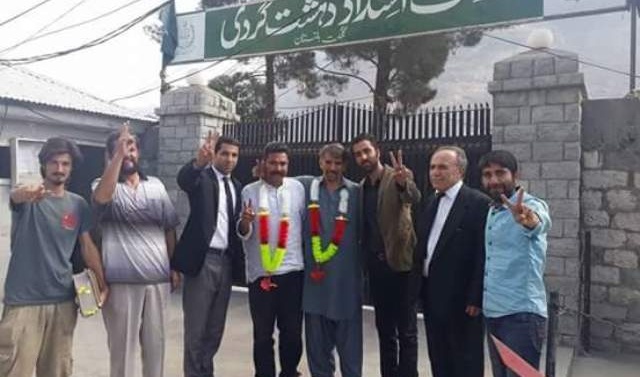 Accepting bail application, the ATC Judge, ordered the release of leaders whose arrest over on valuation of 4th schedule and ongonig activities to mobilise people for rights of Gilgit Baltistan.

The protesters stated that intention GB govmernt is to put activists under pressure.

The protesters also demanded to end the repression and human rights abuses in Gilgit-Baltistan .

Many political activists and leaders of Awami Action Committee are facing cases under 4th schedule act imposed by GB government.