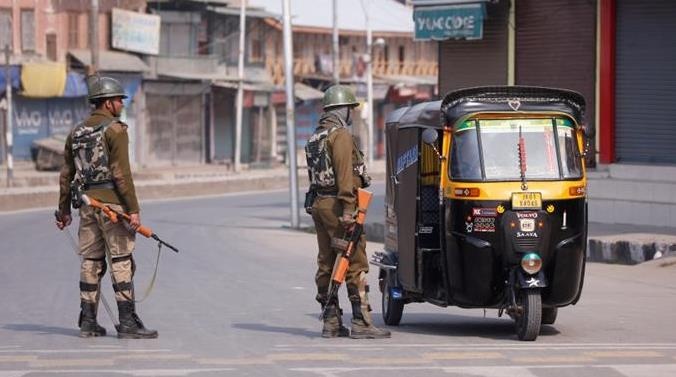 SRINAGAR: Police said an unknown number of militants forced their entry into the house of Inspector Muhammad Ashraf Dar in Larve village in Pulwama district.

In a string of attacks on Eid day, militants shot dead three policemen in south Kashmir on Wednesday.

Police said an unknown number of militants forced their entry into the house of Inspector Muhammad Ashraf Dar in Larve village in Pulwama district.

“They fired at the officer from close range resulting in his death on the spot,” a police officer said.

With this, the number of policemen killed by the militants in south Kashmir on Wednesday rose to three.

Earlier, militants killed a policeman in Zazripora village of Shopian district and then killed another policeman in Louswani village in Pulwama district.

Director General of Police S.P. Vaid said the policemen had ignored the advisory regarding visits to ancestral places without security.

Late in the evening, a former policeman abducted from his home in south Kashmir’s Shopian district last night was set free.

Militants had barged inside the home of Shakoor Ahmad Parray in Kundalan village at around 9:30 pm Tuesday night.

Reports said that Parray was set free by the militants with a bullet injury in his right arm. “He was rushed to Srinagar for treatment,” said a local. Parray is said to have joined the police force after shunning militancy.

While the festival of Eid-ul-Adha was celebrated with religious fervor across the state, the incidents of violence were, however, reported from several areas, including summer capital Srinagar.__GK News