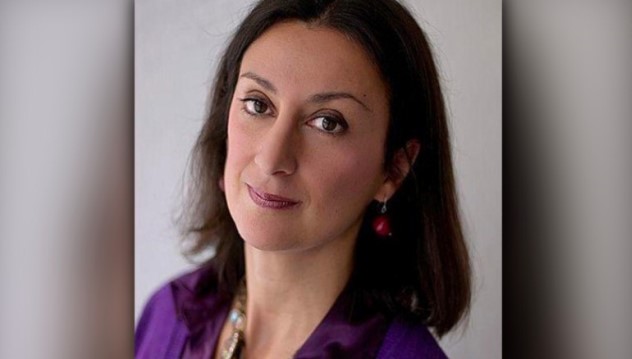 VALLETTA: The family of murdered Maltese anti-corruption journalist Daphne Caruana Galizia is demanding an independent public inquiry because she had suffered years of intimidation.

She was killed by a car bomb near her home in October. Her widely-read blog accused top politicians of corruption.

One of her sons, Paul, said three pet dogs were killed and attempts were made to burn down the journalist’s home.

Malta has said it is doing all it can to bring the killers to justice.

“We grew up with this and it was no secret that my mother received these threats,” he told the BBC.

The family’s London-based lawyers have set out their demands in a legal document, submitted to the Maltese government on Thursday.

The legal document urges Malta to set up a “public inquiry into the question of whether Malta breached its protective obligation” under Article Two of the European Convention on Human Rights.

That article says “everyone’s right to life shall be protected by law”. Malta, like all other EU member states, has signed the convention.

In a statement, the Maltese government said: “The government of Malta takes such issues seriously. We will take time to consider the opinion properly and act accordingly.”

Three suspects – brothers George and Alfred Degiorgio and their friend Vince Muscat – were arrested during a police operation in December.

They were charged with murder, and pleaded not guilty at a court hearing. They remain in custody.

No closure for bereaved

The family’s lawyers say a public inquiry “must be truly independent of the Maltese police, government and politicians”. They recommend the appointment of a panel including respected international judges.

Paul Caruana Galizia said such an inquiry must take place, to provide a “full and complete picture” of the circumstances surrounding his mother’s death.

He said the Maltese state must find out if his mother’s death could have been prevented. Failure to do so could leave other investigative journalists at risk, he said.

They said it was “crucial that the government – indeed all governments – devote resources to protect journalists and activists” engaged in investigative reporting.

She alleged that the wife of Maltese Prime Minister Joseph Muscat was the beneficial owner of a secret Panama company used to channel funds from Azerbaijan’s ruling Aliyev family.

Mr Muscat and his wife vehemently denied the allegations.

Last month, a inquiry launched by the Maltese government cleared the Muscats of any wrongdoing.

Malta’s attorney general said the 15-month investigation had failed to establish any links between the family of the prime minister and the Panama-based Egrant company.__BBC