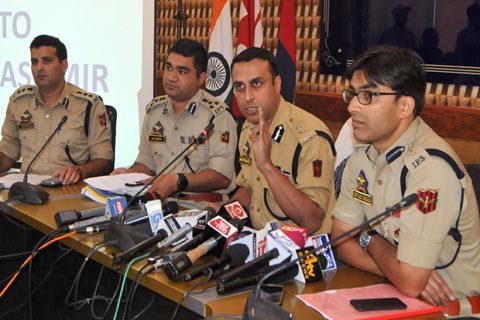 Jammu and Kashmir Police on Thursday claimed that four Lashkar-e-Toiba militants, including Naveed Jhat who escaped from SMHS hospital in February this year, were involved in the killing of senior journalist and Chief Editor ‘Rising Kashmir’ Shujaat Bukhari. 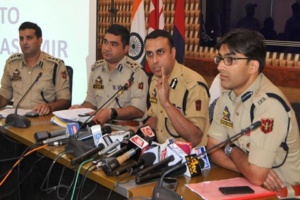 Addressing a press conference at PCR Srinagar, Inspector General of Police, Kashmir, SP Pani said the conspiracy to kill Bukhari was hatched in Pakistan by a Kashmiri Sheikh Sajjad Gul and was executed by three LeT militants, including Naveed Jhat.
Gul, according to Pani crossed over to Pakistan five years ago on a fraudulently obtained passport, is a key conspirator behind the assassination of Bukhari. He is now based in Pakistan.
“Investigation so far conducted has disclosed that the person associated with publishing malicious articles on kashmirfight.wordpress.com is Skeikh Sajjad Gul @Ahmad Khalid, resident of Srinagar who is associated with LeT,” he said.
Three attackers who escaped on a motorcycle after carrying out the attack were identified as Azad Ahmed Malik from Arwani Bijbehara, Muzafar Ahmad Bhat from Sopat Qazigund and Naveed Jatt from Pakistan, he said.
“Police has also released pictures of the three bike-borne individuals fleeing from the scene after committing the crime.”