Home / Kashmir / You don’t need any security as you are our guests’: Hizbul welcomes Amarnath pilgrims 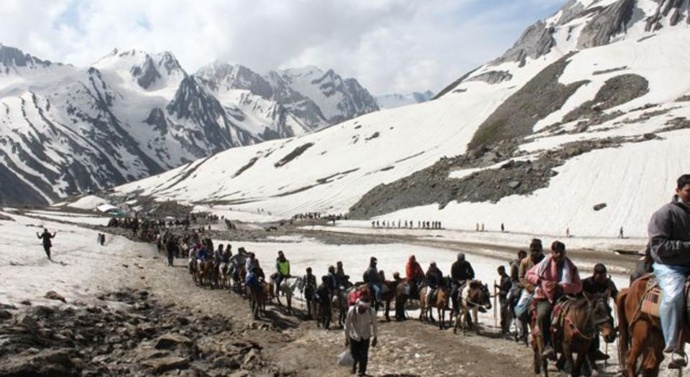 An audio message believed to be from Hizbul Mujahideen operational commander Riyaz Ahmad Naikoo sought to assure pilgrims that they could go on the Amarnat yatra this year even without security cover. 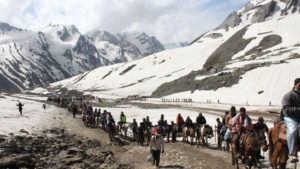 Two days ahead of the beginning of the annual Amarnath yatra, the Hizbul Mujahideen militant group in Kashmir has apparently said it has no plans to attack the pilgrimage.
An audio message believed to be from Hizbul Mujahideen operational commander Riyaz Ahmad Naikoo sought to assure pilgrims that they could go on the yatra this year even without security cover. “You don’t need any security as you are our guests,’’ Naikoo said in the 15-minute audio clip being circulated on social media.
It also stated Kashmiri Pandits who migrated from the Valley in the 1990s could return, but the group was opposed to the establishment of separate colonies for them.
‘Recently J&K DGP SP Vaid said that the security of the Amarnath yatra has been beefed-up, as militants are planning to attack the yatra. This is not true. We don’t have any plan to attack Amarnath yatra and will never attack them,’’ the message said.
“They (yatris) are coming here to fulfill their religious obligations. We have never attacked the Amarnath yatra in the past as our fight is not with the yatris. Our fight is with those people who are committing atrocities on our people and those who forced us to pick up the gun,’’ it added.
Hizbul’s fight has never been against the people of India, said Naikoo, who is based in south Kashmir and high up on the most-wanted list of security forces.
On Thursday, the annual Amarnath yatra will begin from Pahalgam in South Kashmir and Baltal in central Kashmir amid tight security, Last year, eight pilgrims were killed when suspected militants attacked a bus in Anantnag town.