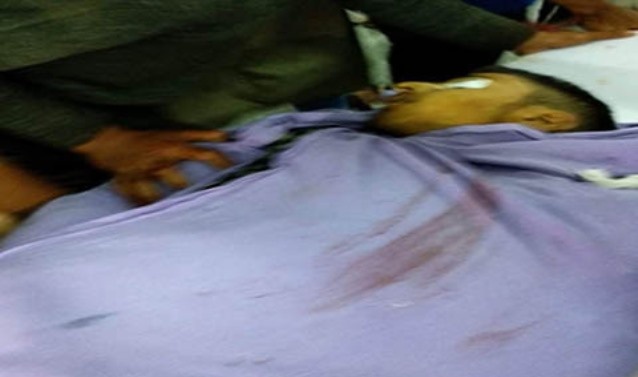 SRINAGAR: A civilian was killed and two others injured after army opened fire on protesters in Nowpora Payeen village of Pulwama district on Friday.

The firing took place after residents reportedly resisted the Army’s attempt to vandalize the property of a local militant Abid Manzoor Magray. Three persons, including a girl, were injured in the army action.

The injured were rushed to district hospital Pulwama. A critically injured Viqas Ahmad Rather (24) was referred to SMHS hospital in Srinagar where he was declared brought dead.

The injured girl, identified as Ruqaya Jan, has received bullet injuries in hips and is undergoing treatment at Pulwama hospital.

When asked how civilians received bullet wounds, the SP said, “Army later resorted to ground firing in which one civilian was killed and two others were injured.”

Army personnel were conducting an area domination patrol in a MPV (Mine Protected Vehicle). The road at Nowpora was blocked as 3-4 cars were parked on the wrong side of the road. Army personnel got off their vehicle to request the drivers, owners, to move aside their cars. The house reportedly belonged to Aabid Manzoor Magray. On seeing the Army personnel, a huge crowd gathered at the site and started pelting stones, endangering the safety of troops and government property. The troops verbally cautioned the crowd. However, the mob turned violent and tried to overpower the troops. Army personnel then resorted to aerial firing, extricated themselves, and continued with their patrol.

A police source said the motive behind the attack was to snatch weapons from the policemen.

“They didn’t succeed in their bid,” the source said.

“One policeman who had head injury was referred to the SKIMS, Soura, and the rest to Bone and Joint Hospital,” he said.

After the attack the police carried out searches in the area after cordoning off some lanes but the militants had escaped.__GK News