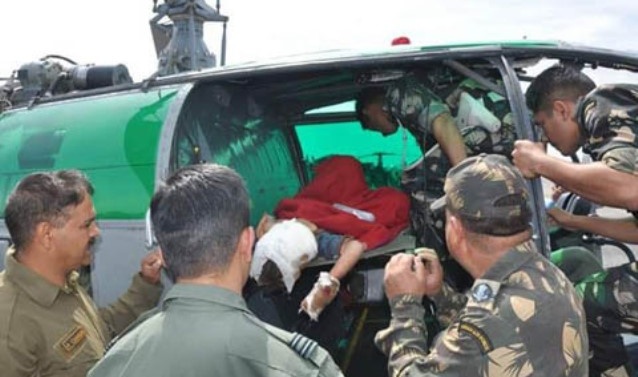 JAMMU: Five members of a family were killed and two others critically injured as the armies of India and Pakistan traded heavy fire and shelling along the Line of Control (LoC) in Mendhar area of Poonch district in Jammu and Kashmir on Sunday.

Reports said that shelling began around 7:40 am today in Balakote sector of Mendhar.

Two of his daughters were critically injured.

The injured sisters – identified as Nooren Akhtar (14) and Marin Akhtar (7) – were shifted to District Hospital Rajouri where from they were airlifted to GMC&H Jammu for specialised treatment.__GK News