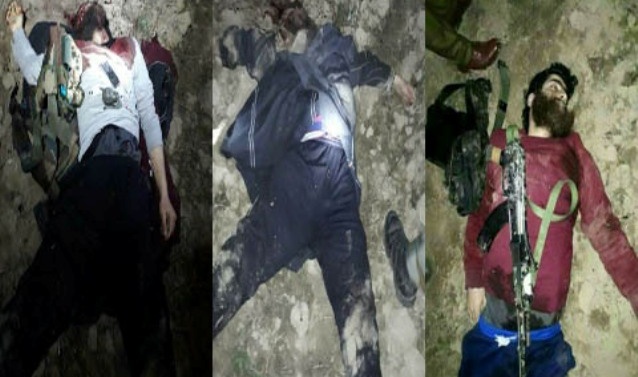 SRINAGAR: “In the said encounter, 3 militants were killed which include Eesa Fazli of Srinagar, Syed Owais of Kokernag and a third militant whose identity is being ascertained.”

Three militants, including a resident of Srinagar, were killed in a gunfight in Hakoora area of south Kashmir’s Anantnag district on Monday, police said.

“Pursuing credible leads of presence of militants, security forces started search in the Hakoora area of Anantnag district. While the search was going on the hiding militants fired upon the search party. The fire was retaliated by the security forces ensuing an encounter,” said a police spokesman, in a statement.

“In the said encounter, 3 militants were killed which include Eesa Fazli of Srinagar, Syed Owais Shafi of Kokernag and a third militant whose identity is being ascertained.”

SSP Anantnag Altaf Khan said the third militant was apparently a foreigner. “His identity is being ascertained,” he told Greater Kashmir.

The gunfight, according to sources, had started around 1:15 am at Hakoora-Badsgam in Dooru area of the district. Fazili and Shafi were studying engineering before joining militancy.

The police spokesman said that arms and ammunition, including AK 47 rifles, pistols, hand grenades etc., were recovered from the site of the gunfight.

“It is pertinent to mention that among the killed militants, one was involved in a recent attack on a police guard post at Soura in which one police constable had been killed,” he said.

“In this connection a case has been registered and investigation has been started under the relevant provisions of the law by the Police.__GK News