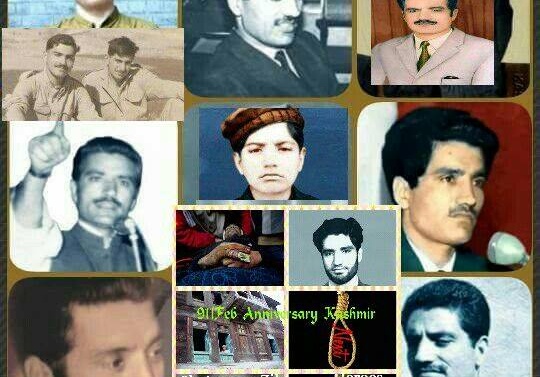 All is set to observe the 34th martyrdom day of veteran leader of Kashmir Freedom Movement Muhammad Maqbool Butt Shaheed on both sides of the Line of Control on Sunday (February 11). 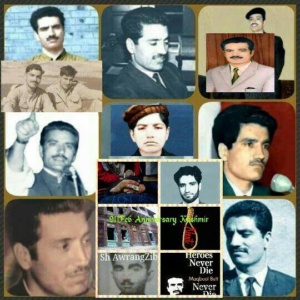 Anti-India and pro-freedom rallies and demonstrations in all small and major towns of both sides of the LoC will be the hallmark of the day to pay tribute to Maqbool Butt, who was put to the gallows by India this day in New Delhi’s Tihar Jail, according to a programme announced by Jammu Kashmir National Liberation Front (JKNLF) on Saturday.
In occupied Jammu & Kashmir, a complete strike along with rallies, seminars, conferences and processions would be observed, according to former president of J & K Plebiscite Front Azeem Dutt Advocate.
The JKNLF leader said the main ceremony to observe the day would be held in Muzaffarabad under the auspices of JKNLF, likely to be led by the party’s President Shoukat Maqbool Butt, the son of the departed freedom fighter Maqbool Butt.
Similarly rallies would also be held in Bagh, Kotli, Khuiratta and Dardayal in AJK as well as in Karachi, Rawalpindi Lahore and Sialkot to pay tribute to the departed soul. In Mirpur district, processions and rallies will be taken out jointly under the auspices of Jammu Kashmir National Liberation Front, Jammu Kashmir Plebiscite Front and Jammu Kashmir National Students Federation and other groups, to observe the anniversary of the martyred leader.
The demonstrating people will be march through the major city streets in a big procession. In occupied Kashmir, a call for complete has been given by the All Parties Hurriyat Conference, Jammu and Kashmir Liberation Front and other freedom-loving organisations in separate statements issued in Srinagar Thursday.