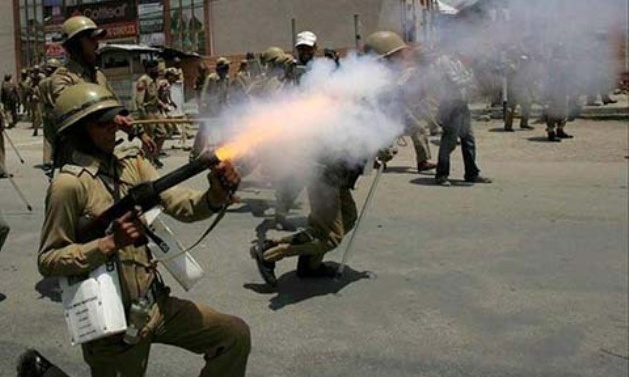 He said that three shops were also damaged in the blast at Gole market Sopore. “The IED was planted beneath a shop,” said a source.

Three among the slain were identified as ASI Irshad Ahmad from Doda, Muhammad Amin from Kupwara and Ghulam Nabi and Ghulam Rasool – both residents of Baramulla district.

The powerful IED explosion ripped through the Sopore market area, which was immediately cordoned off, police said.

Joint Resistance Leadership has called for a protest shutdown and a march in the town on Saturday.

A search operation is underway, a police officer said.

Heavy deployment of forces was already in place to maintain law and order situation in the wake of protest shutdown in Sopore.__GK News