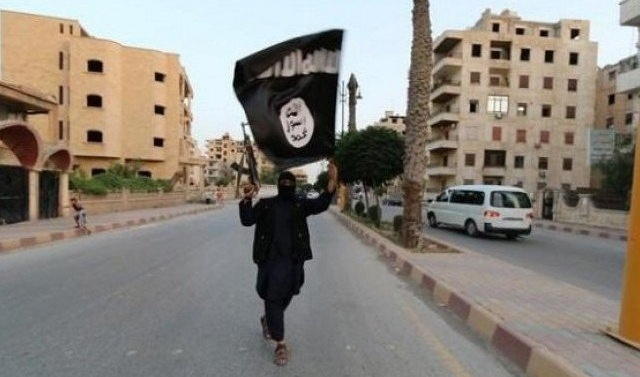 SRINAGAR: A faction of Kashmiri separatists in the Indian valley has pledged its allegiance to Islamic State (IS) group in a video shared by a pro-IS, Kashmir-centric media unit Al-Qaraar.

The 14-minute video, shared with ‘Wilayat-e-Kashmir’ hashtag on Monday, is being considered by analysts as an initiative that could pave way for the formation of extremist group’s branch in the occupied valley, BBC reported.

A masked man, identified as Abu al-Bara al-Kashmiri, can be seen delivering a speech in Urdu with English sub-titles in the video, inviting fellow fighters in the valley to pledge allegiance to the Islamic State and join its ‘caliphate’.

The video was concluded with images of men marching through the street carrying the IS banner.

IS flags were seen waving in few anti-India protests in the valley earlier this year. Later the group, fighting in Iraq and Syria, expressed its interest in launching its chapter in Kashmir.__Tribune.com