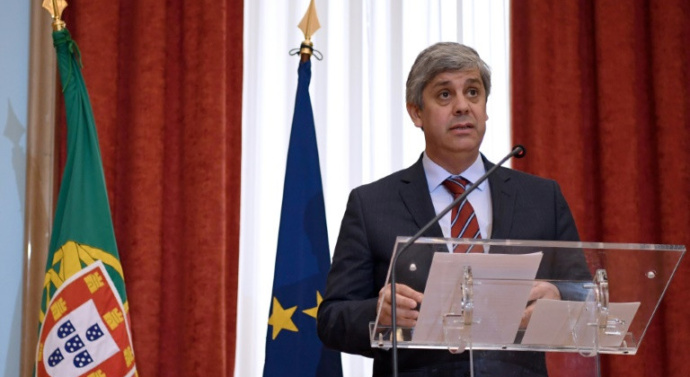 Portuguese Finance Minister Mario Centeno was elected as the new head of the Eurogroup on Monday, with the key job of pushing through much-needed reforms across the single currency bloc.
The little-known economist and former central banker will replace outgoing Eurogroup chief Jeroen Dijsselbloem in January, and beat out his counterparts from Luxembourg, Slovakia and Latvia to win one of Europe’s most coveted jobs. 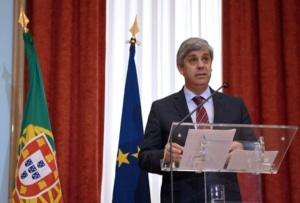 “It was obviously a fair race and a very democratic one,” the Harvard educated Centeno told a news conference after the vote. “It’s an honour because of the relevance of this group … the importance of the job.”
Centeno was long the favourite for the post and his victory came after two rounds of voting at a closed door session of the 19 Eurogroup ministers in Brussels. The winning candidate had to secure 10 votes to win.
His nomination marks a big turnaround for Portugal since the worst of the debt crisis in which Lisbon was bailed out and forced to push through painful reforms to save its economy.
It is also vindication for southern Europeans who often bristled at Dijsselbloem, who last year drew their fury with a quip that implied bailed out countries spent their money on “drinks and women”.
Unknown to the Portuguese when he entered government, Centeno is now a heavyweight in the cabinet of Prime Minister Antonio Costa, who came to power on the promise to “turn the page” from the austerity policies.
Affable, Centeno is credited for restoring some of the purchasing power lost by the Portuguese during the crisis and its 2011 bailout, without resorting to overspending.
The careful balancing act spurred former German finance minister Wolfgang Schaeuble to dub him “the Cristiano Ronaldo of the Ecofin”, the meeting place of EU’s finance and economy ministers.
Though part-time, the job is one of the most strategic in the European Union, tasked with guiding economic policy in the face of clashing opinions and resistance, most notably by austerity-pushing Germany.
The eurozone is currently in an economic recovery, but Centeno will fast come to the front lines in case of problems, with the Eurogroup chief tasked with spearheading negotiations for bailouts and rescues.
Centeno was widely expected to take the prize, having won the early support of Spain as well as European Commission chief Jean-Claude Juncker, a former Eurogroup chief as Luxembourg’s minister.
“I know how demanding and challenging this position can be, and I know you have all the qualities for the task ahead,” Juncker said in a letter to Centeno after the win.
Also running was Slovakia’s Peter Kazimir, a strong backer of Germany’s austerity-heavy approach and in a surprise, Latvia’s chess-playing 36-year-old finance minister Dana Reizniece-Ozola.
Their bids came after the EU’s eastern member states were painfully overlooked in favour of France and the Netherlands to be the new hosts for EU agencies forced to leave London after Brexit.