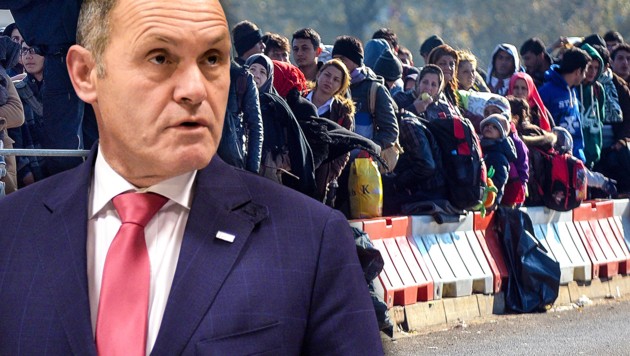 VIENNA: As the Immigration Law (FRGG) comes into effect on 1 November, asylum seekers who are not willing to leave would also suffer the deprivation of the basic care, until they leave the country. Minister of the Interior, Wolfgang Sobotka, announced on Saturday a more rigorous execution of the new alien law. He wants to deport faster and more consistently.

The new law on aliens, apart from a territorial restriction on asylum seekers, will also include the withdrawal of basic services from the asylum procedure, which has been decidedly negative, as well as a possibility for the cessation of illegal immigrants who do not want to leave Austria.

Sobotka wants to deport faster and more consistently from 1 November, in order to ensure a clearer situation for immigrants without a bathing permit. “In many cases we have the situation that illegal asylum seekers ignore our authorities despite without a residence title and do not want to leave Austria. This is unacceptable. We will use all available resources quickly from November 1st ” said the Minister of the Interior.

The lack of perspective for a permanent fate as well as the chance to earn additional money with illegal activities attracts illegal migrants to involve into the criminality, said the Minister of the Interior. For example, there are drug crimes are committed by Moroccans, Nigerians and Afghans. In addition to a zero-tolerance strategy for drug-related criminality, Sobotka will continue to work on migration even more consistently.__Photo der Krone