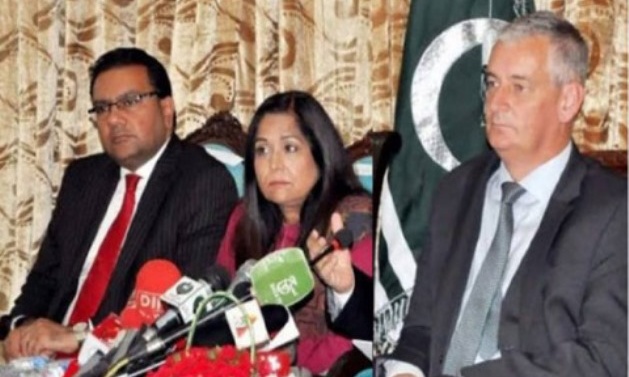 MIRPUR: A group of visiting members of the British Parliament have called for early grant of right to self-determination to the people of Jammu and Kashmir.

The British Parliamentarians stressed the need for resolving Kashmir dispute through diplomacy and urged the international community to play its role in this connection,” a Pakistan media reported.

The report said that the British Parliamentarians while speaking at a seminar in Mirpur said the Kashmiris should be granted their birth right to decide their destiny in line with the internationally acknowledged commitments to pave the way for early and peaceful solution of Kashmir issue.

President Pakistan adminstered Kashmir Sardar Muhammad Masood Khan, who was the chief guest on the occasion, said overseas Pakistanis and Kashmiris are playing a vital role in highlighting Kashmir issue at international fora.