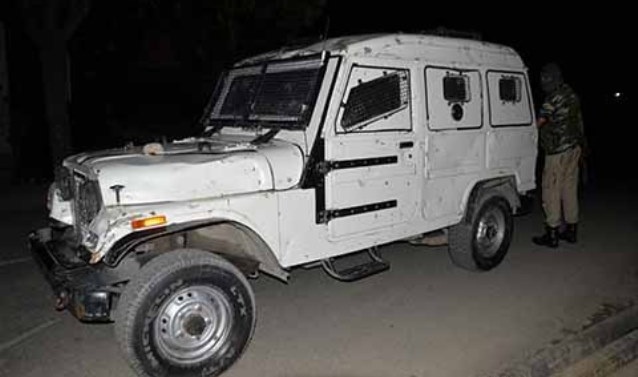 SRINAGAR: Two army soldiers were killed and three others sustained injuries in an ongoing gunfight between militants and government forces at Awneera village in Shopian district, while a civilian was injured when unknown persons hurled a petrol bomb at Dalgate in uptown Srinagar, police and reports said on Saturday.

A police official said, “On a tip-off a joint party of police, army and CRPF cordoned off Awneera village on Saturday evening and launched searches. Militants present there opened fire and tried to break the cordon. The fire was retaliated, triggering a gunfight.”

Kashmir range inspector general of police Muneer Khan while talking to Greater Kashmir said, “In the initial round of firing an army soldier was killed while four army men were wounded. Some militants are holed up while some are firing from the open area and are outside the cordon. The gunfight is on.”

One more soldier succumbed to his injuries in the hospital late in the evening, PTI reported.

A source said that there was a meeting of some Hizb militants going on when the village was cordoned off. “Soon after the firing started, youth from different areas rushed to the spot and staged protests and pelted stones on government forces to help the militants escape,” said a witness. “The forces fired teargas shells, pellets and also resorted to aerial firing to disperse the protesters,” the witness added.

Massive clashes between government forces and protesters were on when this report was filed. Reports said six civilians were injured in the clashes.

“People were seen running for cover as rumours spread that grenade was lobbed on police party,” said Imtiyaz Ahmed, a resident. “Searches have been launched to nab the people involved in the act,” said a police official.

Police said that militants opened fire at an army camp in Kupwara district, injuring a soldier.

“The militants fired at the army building in Kalaroos area during the night,” a police official said.

The injured soldier was identified as Sunil Randhawa of the 17 J&K Light Infantry (JAKLI). The injured was taken to an army hospital in Drugmulla where doctors stated his condition to be stable.

CASO CALLED OFF IN ZAKIR’S VILLAGE:

Cordon and search operation launched by government forces at Noorpora – native village of Zakir Musa – was lifted after 19 hours on Saturday morning as militants managed to escape under the cover of darkness and stone-pelting protests.

As per sources the search operation launched in Peer Mohalla, Dangerpora and Sheikh Mohalla in Noorpora village of Tral ended around 8:15 am on Saturday.

The operation was launched during Friday prayers following inputs about the presence of militants, including Zakir Musa.