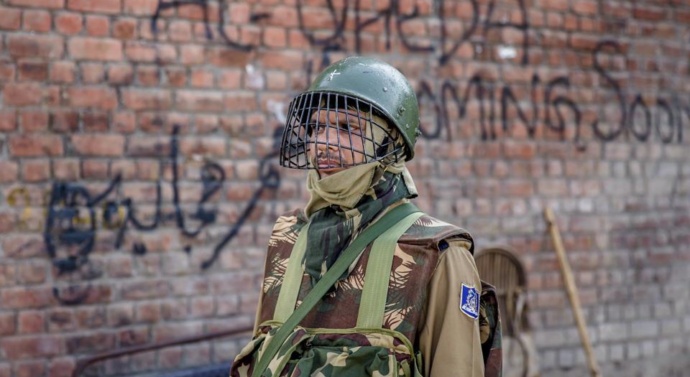 SRINAGAR: In all, 59 newly recruited militants and their overground workers have either been arrested or they surrendered in north Kashmir till August 10 this year.

Detained for joining the ranks of militants, as many as 10 youth have been let off by the Jammu and Kashmir Police this year alone in north Kashmir following counselling sessions to de-radicalise them.

“The focus is on de-radicalisation in north Kashmir and our job becomes easier due to support we have received from parents and guardians of these boys,” says Nitish Kumar, inspector general of Jammu and Kashmir Police for north Kashmir.

In all, 59 newly recruited militants and their overground workers have either been arrested or they surrendered in north Kashmir till August 10 this year.

The analysis of Jammu and Kashmir Police data shows that among 59 surrendered or arrested new recruits, 10 were let off by police after counselling sessions as there were only minor charges against them. Police arrested only those who were involved in major acts of violence.

Security sources told HT that after the killing of Hizbul Mujahideen commander Burhan Wani on July 8 last year, hundreds of youth in the Valley eft their homes to join the ranks of militants. Since then, the process has not stopped.

“Social media propaganda and inflammatory speeches by religious leaders have proved to be a catalyst in the process,” said a security source.

But unlike the southern part of the Valley, in north Kashmir parents and guardians of youth who leave homes to join militancy are coming forward to inform police.

“In many case, the moment the kid left home, local police was informed about it,”added the source.

Police is using local intelligence network and also roping in society elders to motivate these new recruits to surrender and the effort is slowly showing results.

The data shows there are 88 militants active in the north Kashmir zone of the state police and only 12 of them are locals.

“They are our own kids and also the future of Kashmir. Even if they are allured by jehadi propaganda but have not committed any serious crime so far, we want to give them a second chance to begin their lives afresh,” said IG Kumar.

This year so far in the north Kashmir range, as many as 62 militants have been killed and among them only 10 were locals. Police managed to identify 18 among those killed as foreigners and the rest were killed while trying to cross the Line of Control (LoC) that divides Jammu and Kashmir and Pakistan-occupied Kashmir. And they remained unidentified.

In all, more than 125 militants have been killed in encounters with security forces across the Valley so far.__Hindustan Times