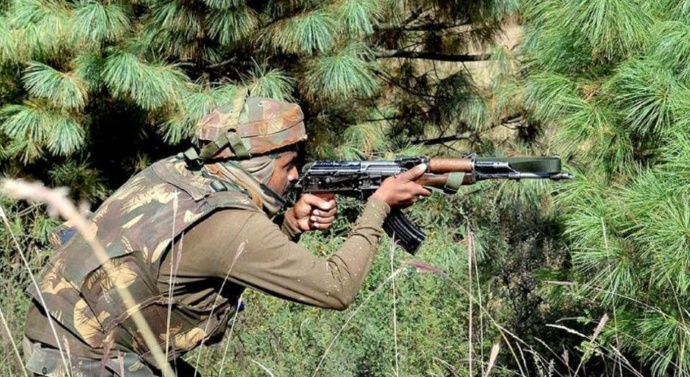 SRINAGAR: Troops guarding the LoC noticed suspicious movement along the LoC and immediately challenged the intruders.

This infiltration bid comes at a time of high cross-border violence between India and Pakistan. Troops guarding the Line of Control noticed suspicious movement and immediately challenged the intruders.

In the ensuing firefight, one militant was killed.

“One terrorist has been killed in Machhal sector of Kupwara district of the LoC today where the army has foiled an infiltration bid.” defence ministry spokesman Colonel Rajesh Kalia said.

He said the operation is in progress.__Hindustan Times