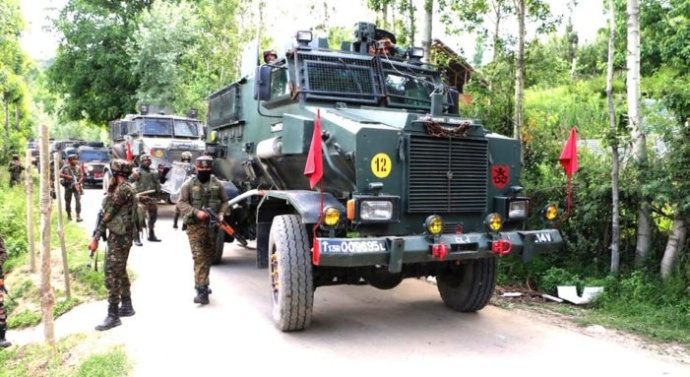 Pulwama, July 03: Two militants were killed in an encounter in Bahmnoo area of Pulwama district on Monday while dozens of civilians were injured as government forces opened fire at protestors during clashes near the encounter site. 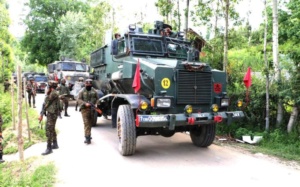 The gunfight started in the wee hours of Monday after the forces launched a search operation following a specific tip-off about the presence of militants in the area. The encounter was going on till the reports last came in.
Police identified the slain militants as Kifayat Ahmed and Jehangir Khanday. It was not clear how many more militants were trapped.
“At least three militants are believed to be still trapped inside and they are continuously firing towards the forces. They are putting up a strong fight and efforts are on to eliminate them,” said a police official on the condition of anonymity.
Two army personnel sustained injuries when militants hurled a grenade while the forces were retrieving the bodies of two killed militants, he added.