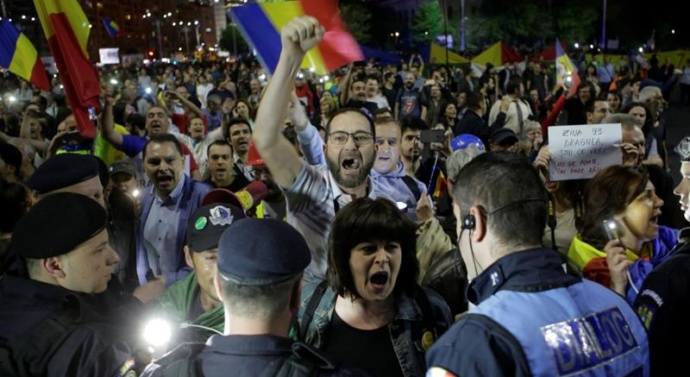 A Romanian Senate committee has caved under public pressure and cancelled proposed legislation aimed at pardoning officials convicted of corruption.

The amendment was designed to allow convicted government officials to walk free or have their jail sentences significantly reduced.

About 2,000 people demonstrated in Bucharest, the capital, and other cities on Wednesday after the Senate committee passed the amendment to a draft bill that would have cleared the convicted officials.

They chanted “Romania demands no pardon” and “If you don’t back down, we’re coming for you.”

It was later withdrawn after the mass demonstrations.

Cristian Ghinea, an opposition Member of Parliament from Union to Save Romania, told Al Jazeera that his party supports the protesters.

“We are witnessing an attempt to force the contents of the old emergency decree through parliament and I hope that the people will keep up the pressure,” he said.

The Romanian government drafted a law to pardon some criminal convictions involving officials citing the need to relieve overcrowded prisons in the country.

That draft bill currently does not include any mention about pardoning corruption convictions – a promise made by Prime Minister Sorin Grindeanu in the wake of protests that saw some 600,000 people march upon the seat of his government.

Officials jailed for bribery, official misconduct, conflict of interest, or trafficking influence would have had their sentences pardoned entirely, or reduced in half.

One of the amendment initiators is former Romanian president Traian Basescu. He was elected twice into office, running each time on an anti-corruption platform.

Basescu said “Romania needs a clean slate,” according to a statement made in the Senate committee and quoted by local media.

But critics condemned the move.

“This amendment goes way beyond what drove people into the streets this winter,” Laura Stefan, an anti-corruption campaigner with the Romanian NGO Expert Forum, told Al Jazeera.

“This plan goes against all international obligations of Romania and against the will of the people that was so clearly expressed during previous demonstrations.”

PM Sorin Grindeanu posted a statement on his Facebook page saying “the government supports the draft bill in its initial form. The amendments voted today do not have the government’s support”.

Romanian President Klaus Iohannis, who joined the demonstrations in February, told Romanian media he was “unpleasantly surprised” by the Senate committee’s move.

The leader of the ruling Social Democrats, Liviu Dragnea, also spoke out against the amendment.

“I will have a talk with the Social Democratic members of the committee so that the final report does not contain the amendment,” Dragnea wrote on Facebook. 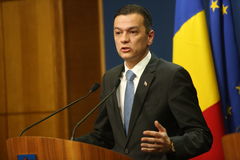 Dragnea, the speaker of the House of Representatives, was convicted of voter fraud but did not serve time in jail. He is currently on trial over accusations of official misconduct, and was seen as the main beneficiary of the emergency decree earlier passed.

“If Dragnea didn’t know about the planned amendment vote then he is no longer controlling his own party. If it turns out he knew, he will lose even more credibility in front of external partners,” Magdin said.__Al Jazeera