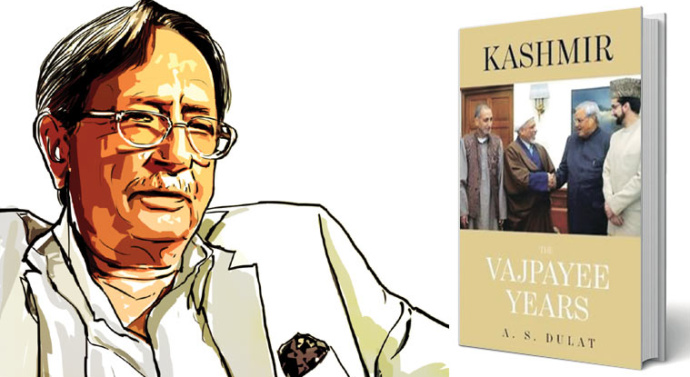 NEW DELHI: A former head of India’s external spy agency RAW believes that the situation in India-held Kashmir was never scarier, not even in the 1990s when armed resistance was at its peak, the Indian Express reported on Wednesday.

Asked in an interview by the paper if the ongoing unarmed uprising was going from bad to worse under the current government, former Research and Analysis Wing chief A.S. Dulat said yes.

“Yes, the situation is turning worse. Is it worse than in 1990? My answer is yes and no. It is worse in terms of atmospherics. Because of alienation and the anger of youth, young Kashmiri minds have gone out of control.

“There is a sense of hopelessness. They aren’t afraid to die. Villagers, students and even girls are coming out on the streets. This has never happened in the past,” he said.

Mr Dulat served in Srinagar in the 1980s as a special director of the Intelligence Bureau when he supervised the intelligence network there, the paper said. In the PM’s Office during the Vajpayee government, he was adviser on Kashmir, work that formed the basis of his book “Kashmir: The Vajpayee Years”.

Mr Dulat said the armed militancy and the intensity of violence witnessed in 1990 was not there now. “There were more guns then… Actual militancy was more then but today the situation is scarier. When stone-pelting is done by youths, and girls, it’s abnormal… Today, they are proud of being stone-pelters. They are no longer hiding. Schoolgirls and women are coming out to throw stones. The Kashmir situation has never been so bad,” Mr Dulat said.

What does the future hold for Kashmir in the short term?

“It doesn’t look good…. The sad part, frightening part and really scary part of Kashmir is that these boys and girls with stones in their hands don’t seem to care what their parents feel. There is so much distrust in Kashmiri families that a father doesn’t know what his son is doing and the son doesn’t care anymore what his father thinks.”

Mr Dulat said it was a puzzle why India was hesitant to discuss Kashmir with Pakistan.

“I have never understood why India is afraid to talk about Kashmir with Pakistan? They have more explaining to do. I agree (Prime Minister Narendra) Modiji started well. He surprised all of us by going to Pakistan. The snag here is what happened after it. The crux of the whole thing is that Pakistan is not an easy state to engage with.”

India’s present stance that talk and terror can’t go together was also meaningless vis-à-vis Pakistan. “Here things happen at many layers. We have to talk, disregarding incidents here and there. Surely, we need explanations for Uri, Gurdaspur and Pathankot. But I am told the NSAs of both sides are talking even now… Dialogue must happen between the foreign secretaries and PMs. Modiji is a master of theatre, so he can make it happen. Nawaz Sharif is also a karigar. In a sense, it’s an even scale… I am sorry to say but it’s easier to talk to Pakistan than to Kashmiris.”

The uprising after the killing of Burhan Wani surprised Pakistan. “They returned with a vengeance…In the last five years, Pakistan tried its best to unite all factions of Hurriyat. They failed but now they have got together because this Indian government doesn’t even look at them.” 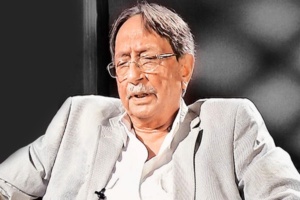 The Indian government failed to anticipate the consequences from the killing of Wani. “Yes, absolutely. Let me say that we have invited Pakistan back into the Valley. By October things had climbed down. Kashmiris hibernate in winter wearing firan and with their kangadsi. That’s the best time to engage Kashmiris. We didn’t.”

Last winter we didn’t exploit the relative calm. Now children are out on the streets. Modiji had an edge when he came to power. But talks didn’t happen.”__Dawn.com