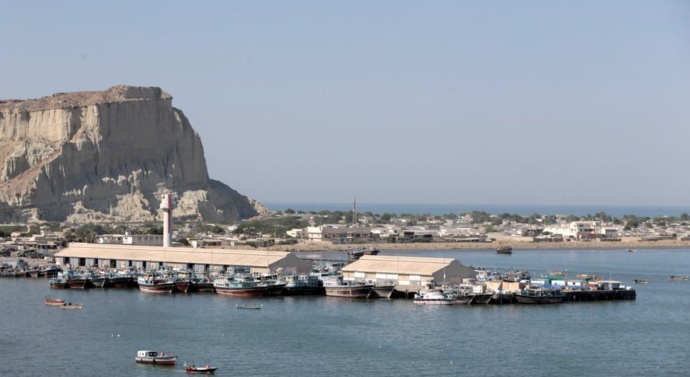 A top Communist party scholar has said if necessary, projects like the China-Pakistan Economic Corridor (CPEC) could be temporarily stopped to sort out differences. India has repeatedly raised its concerns on the project with China as some projects in the CPEC are planned in Pakistan Occupied Kashmir (PoK).

Beijing should take into account regional concerns in implementing transnational projects like the China-Pakistan Economic Corridor (CPEC), a top Communist party scholar has said, adding if necessary such projects could be temporarily stopped to sort out differences.

The Kashgar to Gwadar CPEC is one of the flagship projects under President Xi Jinping’s Belt and Road Initiative (BRI). India has repeatedly raised its concerns on the project with China as some projects in the CPEC are planned in Pakistan Occupied Kashmir (PoK).

“Any transnational projects involve concerns of different countries. We need to coordinate that to strike a balance to be acceptable to all parties. If we can’t reach that balance, maybe we can stop it for some time,” Zhang Yunling, an influential academic who is member of the presidium of the Chinese Academy of Social Sciences (CASS), an official think-tank, said in Beijing.

“Even in the case of navigation routes on Mekong river for example, many problems emerged. We have to discuss them one by one. We need to learn lessons. Sometimes, the lessons maybe too big; we may have to stop (the projects),” Zhang said when asked about the CPEC passing through PoK.

“It cannot always be rosy. Any transnational project involves concerns of different countries. We need to coordinate and strike a balance to be acceptable to all parties,” he said.

“If cannot reach that balance maybe (the project) can stop it for some time. Any transnational project involves that complexity,” he added.

Zhang was briefing the press on the upcoming Belt and Road Forum (BRF) to be held in the middle of May in Beijing, which is to be attended by nearly 30 heads of state.

China is unlikely to stop the multiple projects under way under the CPEC but the senior scholar’s comments indicate that the Chinese government was analysing concerns – including India’s – raised by countries on certain aspects of BRI.

Though China has sent multiple invitations to the Indian government and several of its ministers, New Delhi is unlikely to send any official representative to the BRF. Indian academics and businessmen are expected to attend the forum.

On India’s reluctance to join the BRI, Zhang said: “The Indian government has been quite prudent and cautious in expressing its attitude towards BRI but participates in the Asian Infrastructure Investment Bank (AIIB).”

Zhang suggested that it was not necessary to put the “BRI label” to everything.

“It only provides a platform. For China-India cooperation, we don’t need to look at the BRI alone. We already have a range of cooperation in a wide range of areas including infrastructure,” he said.

On the CPEC, he said it’s a misconception that China has committed $46 billion to the project.

“There is some misunderstanding about China-Pakistan cooperation. Yes, it’s tens of billions but it’s not one lump-sum investment; it is a gradual investment,” he said.

Earlier this month, The Ministry of Foreign Affairs (MFA) told HT that, in fact, that there is no “specific budget” for the project.

“There is no specific budget for the construction of the CPEC. Instead, it follows international practices, adopting a market driven model, encouraging enterprises to play an essential role to move it forward. It (the project) is based on scientific evaluation and it is being implemented under the principle ‘operating when mature,’” the MFA told Hindustan Times in a written response.

On the financial risks involved in the projects, Zhang said: “We need to share the risks so that we are jointly designing, jointly building and jointly discussing projects. Whenever there is any danger there should be immediate communication on the risks and dangers and should also involve dispute settlement mechanism.”__Hindustan Times