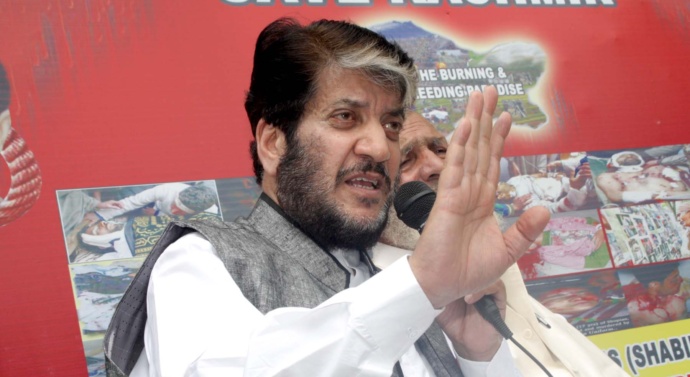 In a statement issued to press, Shah said the future of Jammu Kashmir is yet to be decided through referendum and “such moves will harm our cause”.

He however made it clear that “we have no objection if people of Gilgit-Baltistan want to merge with Pakistan as we respect the UN resolutions that guarantee the right to self-determination of people”.

“Pakistan should realise the sensitivity of the whole situation and not provide India any opportunity to exploit the freedom movement of Kashmiris,” he said.

The DFP chairman said the people of Gilgit-Baltistan are free to decide their political future but being part of the union of Jammu and Kashmir, they should wait until the UN resolutions are implemented in all regions of the State.

Criticising New Delhi, Shah said the Government of India’s stand on the issue is like the pot calling the kettle black. “India should stop dictating terms to others and understand that its position is that of an occupier and usurper,” he said.

Terming Pakistan as a “sincere advocate” of Kashmiris, Shah asked the country to “plead our case in the best possible way”. “We hope Pakistan continues championing for our cause while simultaneously remains vigilant of India’s designs to jeopardise the freedom movement of Kashmiris,” he said. 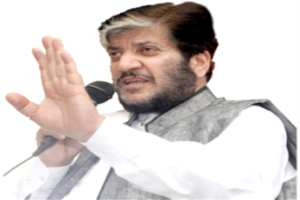 of a prominent pro-freedom personality Nazir Ahmad Wani who was among the founding members of Al-Fatah and People’s League.

“I had personal relations with the deceased. May his soul rest in peace,” Shah said.

A party delegation led by Er Farooq Ahmad visited the ancestral home of Nazir Ahmad Wani and expressed condolence and solidarity with the bereaved family.